“Nearly a third of all Maryland highway fatalities are due to a person’s choice to drive impaired,” said MDOT MVA Administrator Chrissy Nizer, who also serves as Governor Larry Hogan’s Highway Safety Representative. “We’re proud to support law enforcement and we’re thankful for their commitment to removing impaired drivers from our roads. Each arrest by these officers and others statewide prevents an innocent road user from the potential of being injured or killed.”

The awards ceremony was held in Ocean City and recognized officers for enforcement of driving under the influence (DUI) laws. Among those honored were six officers who made more than 100 arrests each:

Officials also thanked those who serve as Drug Recognition Experts – police officers who are trained to recognize impairment in drivers under the influence of drugs other than, or in addition to, alcohol. In 2021, combined efforts of law enforcement officers statewide resulted in more than 15,430 DUI arrests.

The Noah Leotta Memorial Award, named for a Montgomery County Department of Police officer killed by an impaired driver in December 2015 while working a holiday DUI patrol, was awarded to Acting Sergeant Kelly Hernandez of the Hyattsville Police Department for her dedication and passion for safety enforcement. 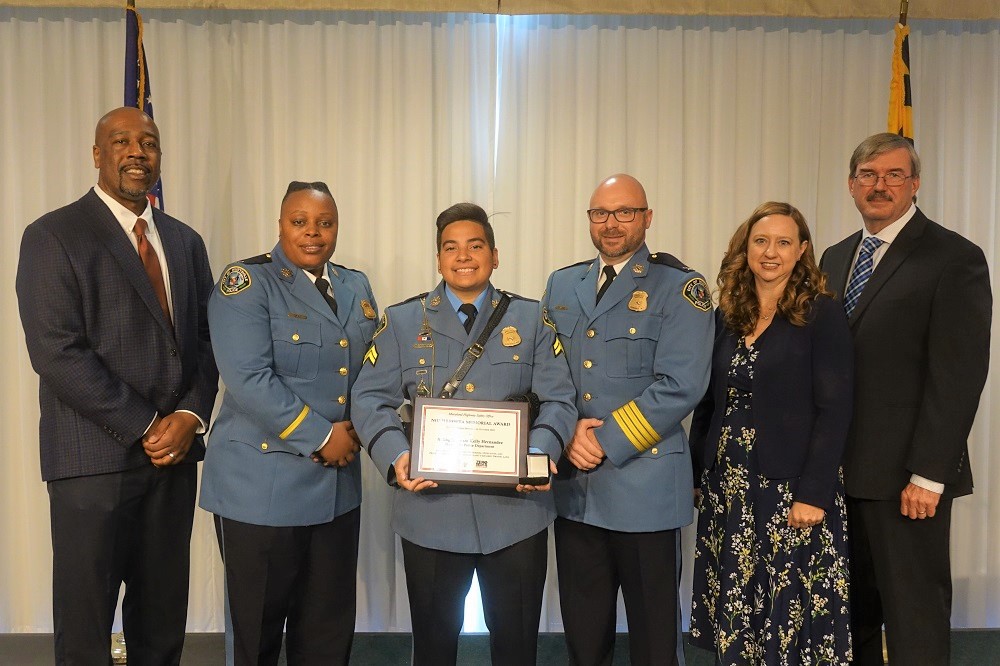 Over the past five years in Maryland, there have been more than 33,150 crashes involving drivers impaired by drugs and/or alcohol. Those crashes resulted in 843 deaths and 14,990 injuries. In addition to high visibility impaired driving enforcement operations throughout the year, the MDOT MVA’s Highway Safety Office runs an educational campaign called Be the SOBER Driver and Be the MAKE A PLAN Driver to encourage everyone to make a plan for a sober ride home.